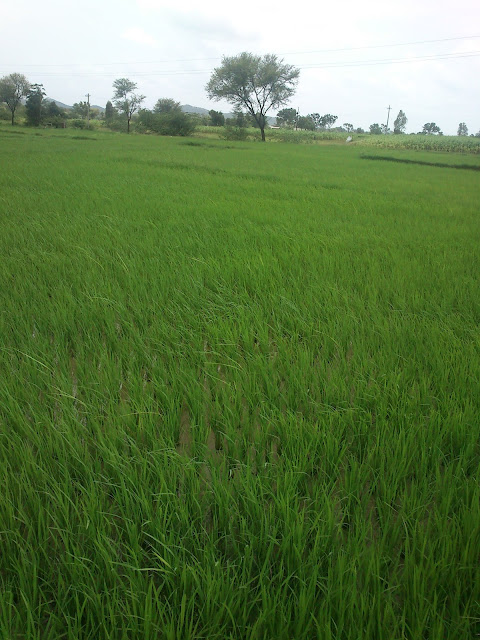 Mere desh ki dharthi…Mere desh ki dharthi, sona uglee, uglee hire moti…! What a great song! Penned by Gulshan Bawara! I just love this song, but I happen to listen to it only during national festivals. I am sure it would be a great experience for the residents of metros to drive to the countryside once in a while, enjoy the breeze and the greenery, the aroma of the soil, reminding us that we belong Mother India. We, the EFF team, celebrated Independence Day in Gandeed village; it was indeed a great experience! Green fields, fresh morning air, black clouds and the cool climate rejuvenated us.
On the way we came across a parade by school students on the roads of Mahboobnagar.  In the midst of the road, pupils were performing stunts and dances. Slogans of ‘Vandemataram’ ‘Bharatmata ki Jai’ etc reverberated through the air. Little girls in traditional attire were looking so pretty. The processions were an exercise in showcasing their schools. 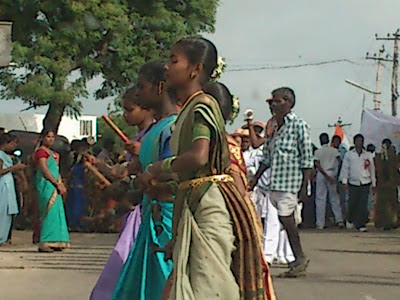 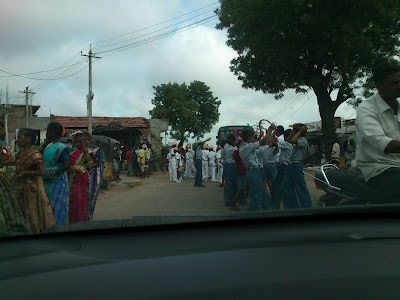 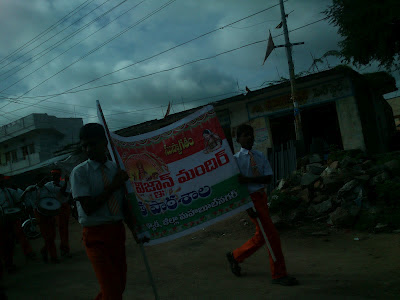 Also promoting their school in the neighboring areas: 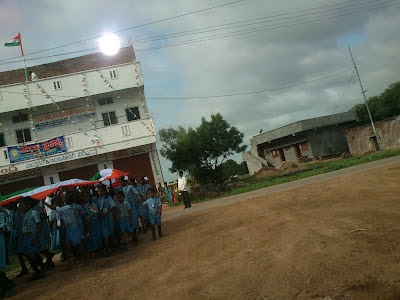 I was fascinated to see the longest ‘Tiranga’ (The Indian Tricolor) carried by the pupils of a school in the same area. It was nice! Made my childhood days flash in my mind for a moment. 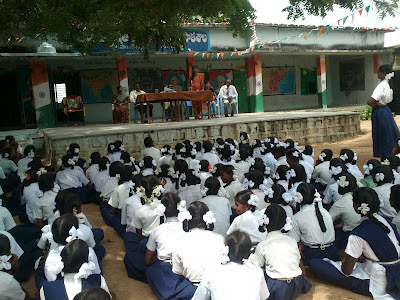 In the school I had to give a speech. I was not tense as I should have been, since it was my first time standing in front of the podium, but I was wondering how to start. I made it simple by choosing the topic, ‘India in London Olympics 2012’, with some statistics of the Indian population versus medals won.  Sudha, my colleague, had done good homework on the speech and presented it well on the stage. 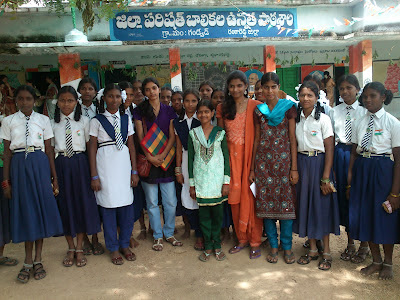 Kondamma(C) has bagged the cash award who topped the school in SSC.

We had collected a sum of money from our PurpleTalk* friends to give cash prizes to the 10th class toppers of the March 2012 batch. I convey my thanks to all the contributors, who made the children happy for their achievements, and expect same support from them and others in future.
Posted by Unknown at 3:36 PM